All posts in Uncategorized

You are here: Home / All posts in Uncategorized
10

Launched at the College of Mediators conference June 2015, the video explains what community mediation is and how it can be used to resolve conflicts in communities.

The collaborative project was developed by the following partners:

The video brings together various components:

You can easily embed a YouTube player for this video on your website. Simply include the following code onto the HTML section of a page on your website :

Use of the video

This license allows for redistribution, commercial and non-commercial, as long as it is passed along unchanged and in whole, with credit to the collaborative partners.

Apple – tightening security in the cloud

After logging onto iCloud via the desktop the other day, I was intrigued to shortly afterwards receive an email from Apple. 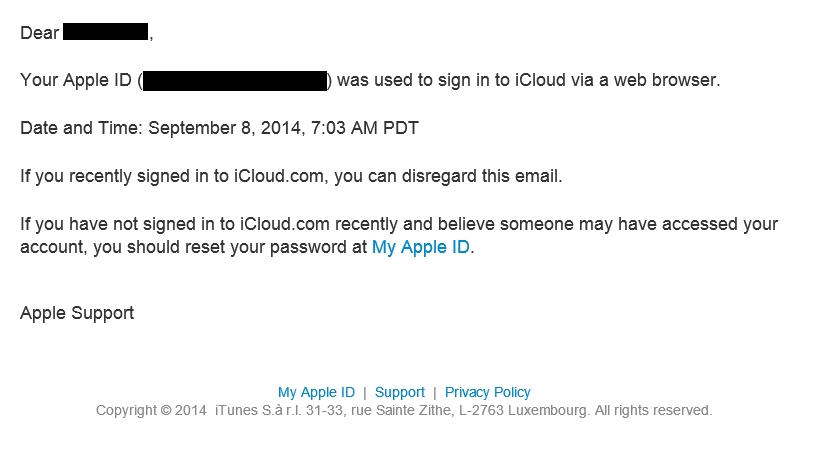 The email informed me that I had signed onto the iCloud via a web browser, but if I had recently signed onto iCloud (which I had done) I could disregard the email.

Clearly after all the scandal of last week with iCloud pictures being hacked from celebrity Aplpe accounts, Apple are keen to demonstrate efforts to safeguard accounts.

Are these steps sufficient? Is your Cloud accounts secure, or would it be better to take control of your data by creating your own cloud?

I’m becoming more convinced that taking control of our own Cloud information is important, especially if you store all your valuable information on it. Products like Own Cloud are designed to put you in control of your data, which includes backing up your information. 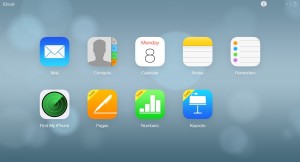 For me the jury is still out as to whether the iCloud account of Jennifer Lawrence was hacked or a security flaw has been identified using a tool developed by ElcomSoft for infiltrating iCloud accounts. For me, a more fundamental issue is who’s data is it, and whether a ‘public’ cloud will always be a target for hackers rather than taking personal control.

In November 2013 as part of the National Family DR week, we released a video on YouTube titled ‘Understanding Family Mediation’. This collaborative project was designed to explain through visual media, the benefits of family mediation for separating couples compared with going through court. The project was developed in conjunction with Professor Elizabeth Stokoe of Loughborough University, Paul Gadd Director at Protocol IT and Euan Lockwood Director at Kerf Design.

2014, the Ministry of Justice contacted Liz Stokoe and Paul Gadd to discuss the possibility of collaborating to create a single video. This initially involved providing updates to the script from their original ‘birds’ style Prezi video. After a number of weeks, the MoJ decided to adopt our character style video and backing music with a new script. After two months of development the final version was released on the 28th May 2014, along with revised family mediation leaflets and posters using branding images from the video.

The video brings together various components:

The final visual and audio components were assembled by the MoJ design team into the final video, with input from Liz Stokoe and Paul Gadd

Some of the CARM text incorporated in the original video had to be adjusted to meet requirements of the legal team at the MoJ. However we feel that the message explaining that family mediation as an alternative to going to court, has not been lost in the changes.

The project demonstrates how collaboration can successfully bring different skills together to effectively communicate a message.

Windows XP – The clock is ticking

In 2002 Microsoft introduced its Support Lifecycle policy based on customer feedback to have more transparency and predictability of support for Microsoft products. As per this policy, Microsoft Business and Developer products, including Windows and Office products, receive a minimum of 10 years of support (5 years Mainstream Support and 5 years Extended Support), at the supported service pack level.

As a consequence, Windows XP SP3 and Office 2003 will go out of support on April 8, 2014. If your organization has not started the migration to an alternative predating system, you are not too late. However, based on historical customer deployment data, the average enterprise deployment can take anything from 2 to 18 months from business case through full deployment. To ensure you remain on supported versions of Windows and Office, you should begin your planning and application testing immediately to ensure you deploy before end of support.

There has been much debate online as to the practical issues that will affect businesses from this date. Some IT experts are predicting the release of new malware to exploit flaws in the operating system, which will remain unpatched. There are more subtle issues which will unfold, as printers, and other 3rd party software no longer support XP which results in incompatibility issues where (over time) programs fail to work.  Whatever your personal opinion, one thing is clear, this will have an impact. This may not have a direct impact on the 8th April, but a migration policy is something that does need to be planned for.